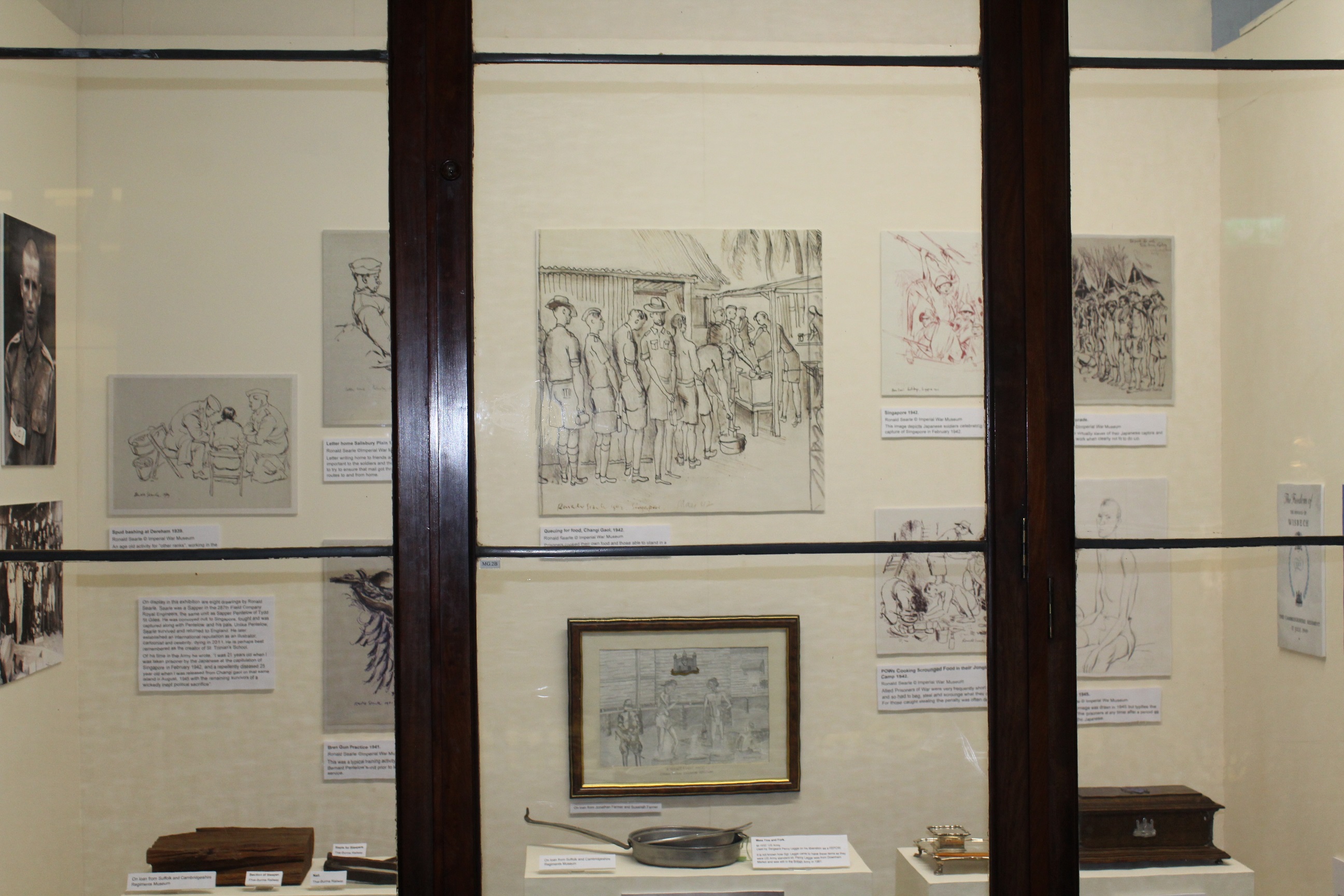 Fenland people and others from further afield with links to men who died or narrowly survived after being captured in February 1942 at the fall of Singapore gathered at Wisbech Museum for the official opening of an exhibition in their memory.

The exhibition inspired by the short life of Sapper Bernard Pentelow from Tydd St Giles has been on display since February 17, eighty years to the week  since what Churchill described as 'the worst disaster in British history' – the surrender of Singapore to the Japanese.

In the following three weeks, more than a dozen local families have come forward to add personal items from relatives who were captives to the display, which includes a chunk of teak sleeper from the Burma Railway brought back by a survivor.

On Thursday night (March 10) the Mayor of Wisbech Coun Andrew Lynn officially declared the exhibition open and thanked the Museum and everyone involved for providing this opportunity to remember the sacrifices made by the men of the Cambridgeshire Regiment who served in the Far East. 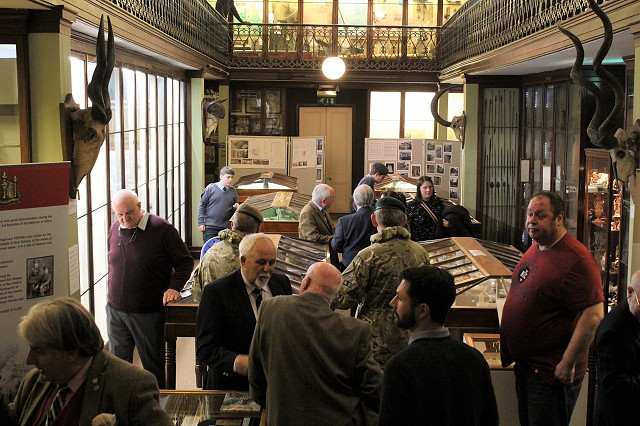 At a thronged reception held at Wisbech Library, retired local farmer Bernard Pentelow, named after the uncle he never knew who died in a makeshift jungle hospital aged 23, said: “I'd had these two shoeboxes of my uncle's letters home for 20 years. I wanted to publish them myself but reading them was so moving I had to stop. I'm really glad I brought them to the Museum.”

Bernard said he is going to leave the family archive to his eight-year-old grandson, George Kelly, who was with him.

The Pentelow archive inspired Wisbech Museum trustee Paul McGregor to research and collate the Exhibition and to write the accompanying book called A Wickedly Inept Political Sacrifice – the 1942 Singapore Debacle, which is on sale at the Museum.

Guests also included Mike Stallard of Elm, whose father Canon Frederick, served as a chaplain in captivity at Changi Jail, Diane and Tony Calton-Smith and Susanah Farmer who all loaned personal memorabilia.

Also attending were local army cadets, ACF and ATC and their officers as well as representatives and officers of the Royal Anglian Regiment Association, The Old Comrades Association, the British Legion and the Suffolk and Cambridgeshire Regimental Museum at Bury St Edmunds, which loaned many of the exhibits.

The Museum, where the exhibition will continue to feature, is still under renovation in part though visitors are welcome to the reception hall, library and main gallery on Thursdays and Saturdays, from 10am to 4pm.

The exhibition features original drawings by Ronald Searle of Army and POW life in Singapore and Burma (the artist was a sapper in the same RE company as Bernard from 1939).

The reception and official opening of the Exhibition were held at Wisbech Library and guests moved over to browse the exhibits at the Museum round the corner afterwards.