"Though I never knew them, I grew up with the Fen Skaters. They seemed to be everywhere, those ancestors of mine, in old tales, in passed down
memories and in the very air and damp of the wintery Fens themselves. The skater most often talked about was William Smart, better known as ‘Turkey’.

As I grew older,I learned that he was my great, great, great grandfather and the tales of his skating
successes, as well as the lives of all the Smart family, both ancient and modern, became the background
to my childhood." 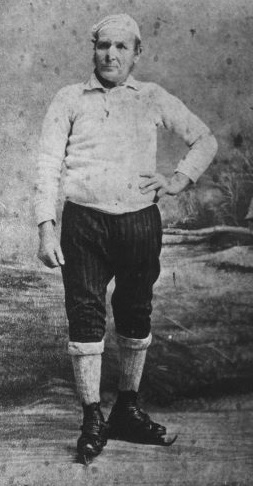 William 'Turkey' Smart was born in 1830 in the Fenland village of Welney. It is thought that he never attended school, starting work early as an agricultural labourer,  as his forebears had done. At the age of twenty - two he married Susan See with whom he had eleven children.

There are several ideas concerning the origin of William's nickname. One was that, as a child, he made a pet of one of the family's turkeys. On Christmas Day as the family tucked into their feast , young William apparently enquired as to the turkey they were eating. He is said to have gone rather quiet on learning that it was his pet. With the usual common sense and hard logic of the Fen people, however, he recovered his senses and carried on eating. 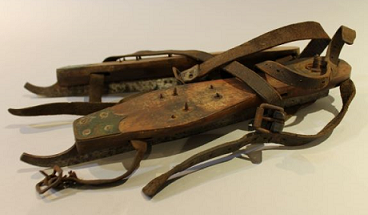 Rise to the top

The first recorded race was run in 1763 from Wisbech to Whittlesey.

Usually there were around sixteen competitors and they raced in pairs, lots being drawn to determine pairings and the order of skating. Larman Register of Southery was the undefeated champion at these races for four years. It was only when, in December 1854, that the twenty - four year old Turkey Smart took the title from him and Larman's winning streak came to an end.

Turkey Smart was soon hailed as the greatest skater the Fens had ever seen. He was tough and sturdily built. He worked as a clay man, digging drainage ditches. The clay he dug was spread over the peaty soil of the banks to give them solidity. The work involved long days of hard toil and helped to develop his leg and thigh muscles, strength which was essential for speed skating.

His skating style was far from graceful, but it was powerful. His body was bent low in a crouching position, his head almost level with his knees. Each stroke could be twelve to sixteen yards long. He skated a very straight course along the narrow frozen drains of the Fens. He was known as morally straight too, never bending the rules or playing tricks on his opponents.

His greatest rival was his brother in law, William ‘Gutta Percha’ See, who also came from Welney. Their keen rivalry continued throughout the 1870s and 80s.

The year after Turkey took the championship title from Larman Register was a notable one. A well attended race at Mepal in 1855 saw Turkey Smart, Gutta Percha See, Larman Register, David Green and Robert Watkinson compete for a prize of £10. Turkey Smart won and continued to win prizes that winter as follows:

Total £65.15 shillings, including the Mepal race.

This was a huge sum to win and, judging by the number of races he entered, it appears that skating had become his full time occupation at this time.

Financial Advice from the Clergy

One of the tales told about Turkey involved some financial advice he received. The local clergyman was concerned about the amount of money the skater kept at home and warned him that he risked having his fortune stolen. Apparently, Turkey told him not to worry; he had placed his money in the bank. This satisfied the clergyman, but Turkey failed to explain that the place of safety he’d chosen was a hole in the bank of the Old Bedford River.

The money Turkey won over the years must greatly have improved the family’s finances, but it is doubtful that Turkey, Susan and their eleven children moved to larger premises.

Most Fenland homes at that time were very simple. Because the peat on which they were built was still in a half-drained, spongy condition, houses were usually single storey. Where bricks were available, they were generally used as flooring, laid directly on to the earth without grout or filler. This was very practical in times of flood, events which occurred so regularly in winter that little fuss was made about them. When the water rose above floor level, the bed was raised on wooden blocks and a plank used to cross the water each night to reach the bed. When the flood water at last subsided, it soaked away between the bricks, leaving a layer of silt on the floor. Housewives took a bucket of clean water and swilled it over the floor, sweeping the water and mud through the gaps in the bricks with a besom brush.

The constant damp meant that houses never really dried out and tended to smell permanently of damp and peat smoke from the fire. 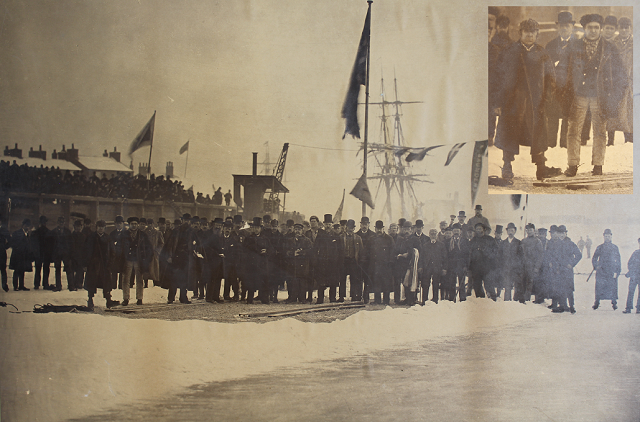 Friends until the end 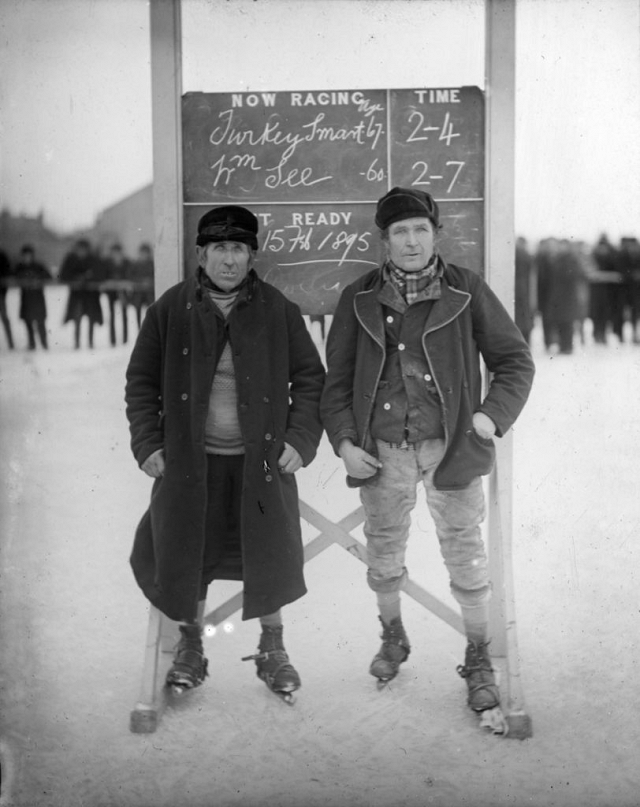 In 1861, Turkey was beaten by his great rival Gutta Percha, but then won against him two weeks later. That year the pair shared the championship title.

By 1867 Turkey was thirty-seven years old and had passed his peak. Younger skaters began to outpace him. The friendly rivalry that had  existed for so long between Turkey Smart and Gutta Percha See continued into the next generation. Turkey’s three nephews, George ‘Fish’ Smart, Jarman and James Smart, competed with Gutta Percha’s sons, George ‘Young Gutty’ and Isaac See. By 1886, with other skaters such as ‘Knocker’ Carter, they were making a name for themselves.

Turkey and Gutta Percha continued to skate into their sixties and to entertain the crowds by racing each other. Gutta Percha died at 65, but Turkey lived to the age of 89.

He was buried in Welney churchyard, but his memory lives on, tales of his feats and his gentle humour continuing to be told to this day.

Our thanks go to local author Diane Calton Smith for curating this exhibition and to the Esmée Fairbairn Sustaining Engagement with Collections Fund for funding the development of this area of our website and making this exhibition possible through our digital collections strategy project, New Conversations.