Local slavery abolitionist Thomas Clarkson's campaign chest in the keeping of Wisbech and Fenland Museum forms the basis of a fascinating virtual exhibition that opens this Friday (March 26). 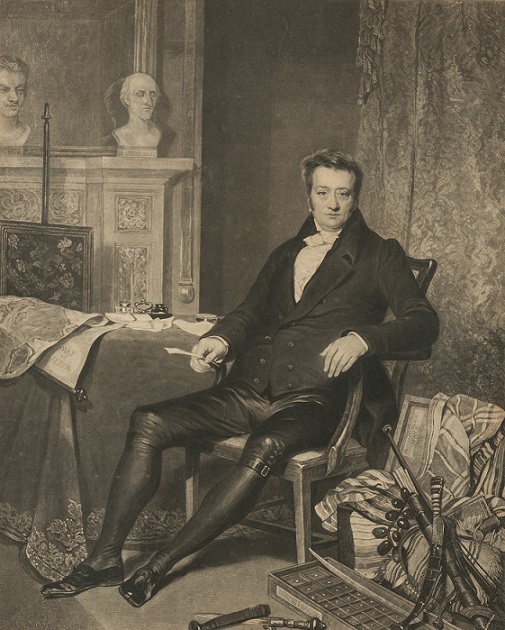 Local slavery abolitionist Thomas Clarkson’s campaign chest in the keeping of Wisbech and Fenland Museum forms the basis of a fascinating virtual exhibition that opens this Friday (March 26).

The launch of Slavery and Abolition: Collections Uncovered as part of the new Cambridge Festival will be followed on Saturday by an online panel discussion which will consider the issues it raises and its relevance today.

The exhibition marks a first-time collaboration between Wisbech Museum and the library of St John’s College, Cambridge, where as an undergraduate Clarkson researched the transatlantic slave trade to write his famous prizewinning anti-slavery essay of 1785. Museum project officer Sarah Coleman said: ‘It is great for Wisbech to feature in the Festival this year and to be able to digitally lend Clarkson’s campaign chest and two hugely significant campaigning letters to this exhibition.’

The exhibition was originally intended to be staged in the Old Library of the college. College library special collections assistant Dr Adam Crothers said: “We hope that having the option of listening to some well-informed people respond to the exhibitionand consider the material’s contemporary relevance in Saturday’s panel discussion will add a valuable dimension.”

Thomas Clarkson was so horrified by what he learned about slavery that he formed a movement with like-minded abolitionists and began gathering the cruel instruments of the trade such as branding irons, leg-shackles and thumbscrews, as well as African crafts and other goods that could be traded with the continent rather than human beings. These are the materials in the specially-made chest he carried around Britain on his lifelong campaign. Clarkson also interviewed thousands of sailors in ports around Britain, gathering written evidence about the cruelty of the slave trade. His personal letters, diaries, essays and personal papers from the college library’s special collection will make up the rest of the exhibition, along with a selection of correspondence from slaveowner William Perrin’s Jamaican estates, recently acquired by the college library.

Clarkson was key to persuading William Wilberforce MP, a fellow St John’s College alumnus, to become the parliamentary spokesman for the abolition movement which was supported by thousands of petition signatures collected throughout Britain. Clarkson’s lifelong mission along with campaigns by black abolitionists and rebellions byenslaved people in the British colonies of the Caribbean succeeded in abolishing the slave trade in 1807 and eventually slavery itself throughout the British colonies. Dr Crothers added: “Abolitionists like Clarkson and Wilberforce achieved a great deal, as did black abolitionists and enslaved people who rebelled, but it’s distressing to reflectupon how far we haven’t come since then’.

The exhibition can be found online free from Friday March 26 on St John’s College website – follow this link: https://www.joh.cam.ac.uk/online-exhibitions

The pre-recorded panel discussion will be available free – no need to register - from 4 to 5.30pm on Saturday March 27 via the Cambridge Festival website: