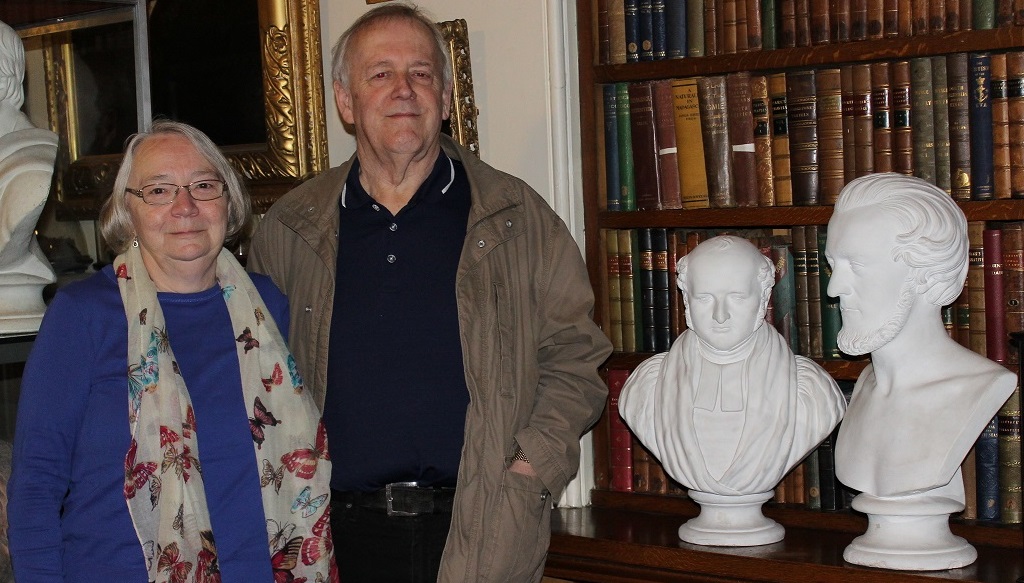 A family has been helped to dig up bitter-sweet memories of an ancestor to be proud of by Wisbech and Fenland Museum.

The Italian sculptor Pellegrino Mazzoti was born in Tuscany in 1795 and died in Wisbech workhouse aged 85 after a colourful career making fashionable plaster busts and death masks of historic figures and contemporary celebrities including Lord Nelson.

His great-great-great-grandson Graham Blankley, from Chesterfield, tracked him down to Wisbech after relatives started tracing the family history.

Graham, who arrived with his wife Margaret at Wisbech's Victorian museum on the offchance, said: “My sister in Australia bought Mazzoti's bust of Nelson and he's as far back as we've got so far, although my uncle has been to Italy to try and find ancestors further back.

“Considering we arrived at Wisbech Museum out of the blue, they were so helpful with looking up information and welcoming and it was exciting to see his work still on display there after so many years.

“He obviously was quite successfully making a living in the town as the Census showed he maintained a studio and lived there, having returned to the town from Ely, from 1854 until at least 1871. He died in the workhouse in 1879 probably because he was too old or too ill to go on working.”

Pellegrino, known as Pilgrim by his English friends and clients, had studios in Norwich Strangers Hall, where there's a plaque to remember him, and Ely as well as Wisbech, where he donated four busts – still on display – to the newly opened purpose-built museum.

One of his busts of Nelson is in the National Maritime Museum and his head of Shakespeare is in the Octavia Hill Birthplace Museum in Wisbech.

Graham and Margaret called at the National Portrait Gallery and asked for information on any of Pilgrim's work that was there but were advised they needed to make an appointment.