We are delighted to have been the inspiration for Harp & a Monkey’s latest project that celebrates the value of our public museums, galleries and archives.

The Ballad of Wisbech Museum is a timely reminder (in song and imagery) of the vital role that all cultural centres play in our lives, and the pride and care involved in maintaining them.

Harp & a Monkey front-man Martin Purdy explains: “For many of us, places like museums provide an oasis of calm in a frantic world. As soon as you enter and the door closes behind you, the chaos of the street disappears and it’s like being embraced by a special kind of stillness. Many of us find these places totally immersive and magical – somewhere we can have a quiet thought in our own heads.“This sector, not unlike our own in the music world, has faced - and continues to face - very tough times. We’ve done a lot of projects with museums, archives and galleries in the past and we were pleased to be asked to help celebrate the important role they play, and must continue to play, in archiving our past and providing vital lessons for our future.”

Harp & a Monkey after the launch of their fourth album, The Victorians in November 2019

We were delighted to meet Harp & a Monkey when they launched their acclaimed fourth album, The Victorians here in our museum in partnership with The Library Presents and Arts Council England on the evening of 2nd November 2019. We’d spend much of the afternoon after closing moving our table top cases and bringing chairs and lights into the main gallery to create the performance space. It was lovely to meet the band when they arrived and great to introduce them to our museum and find out about the museums and music venues in and around Lancashire. During the sound check and run through, their songs filled the museum and we were really impressed with what we heard - This was the first live music evening event we had held for some time and we couldn’t have picked a better band. 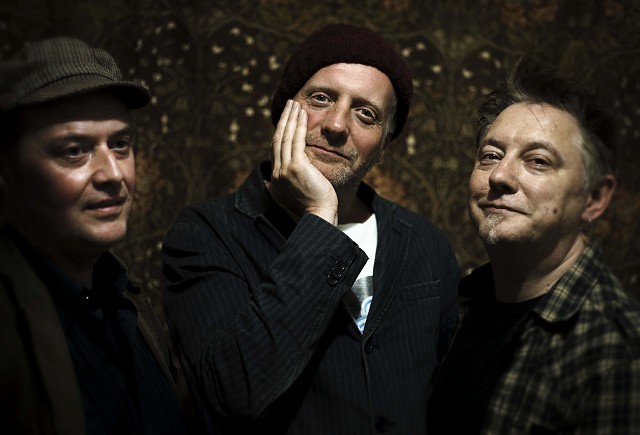 Harp & a Monkey played their set with a break in between where they chatted to members of the audience. They were fantastic and the audience were mesmerised. We have been inundated with enquiries about and requests for another date at the museum! We are so very pleased to be able to announce that the band will be returning to Wisbech & Fenland Museum as soon as we are able to host a live performance again in the museum. We hope to be able to provide more information in the coming months.

The Ballad of Wisbech Museum

The commission came as a challenge via the Arts Council England and The Library Presents, which is Cambridgeshire’s arts and cultural outreach body. The challenge was to write a song inspired by our Museum, one of the oldest purpose-built museums in the UK.

In keeping with the founding history of the building, the trio used a pre-existing song from the 1847, the year the museum opened in this building, for their initial inspiration. The song they chose was unearthed by the outfit’s banjo player Andy Smith, and is an old Victorian Broadsheet called The Electors of Cambridge, which was itself a reworking of an even older ballad called Fly Not Yet.

The Ballad of Wisbech Museum, was released digitally on Friday, July 17, is accompanied by a short art film put together by the band’s harpist Simon Jones, who is an internationally recognised art photographer and animator. Since its release it has featured on Mark Radcliffe’s the Folk Show on Radio 2 and our very own BBC Radio Cambridgeshire as well as getting lots of shares on social media.

Like the tracks on their last album, The Ballad of Wisbech Museum has been mixed by the in-demand Darren Jones, whose clients include Stormzy, Tom Walker and Harry Styles.

Find out more about the band:

Find out more about the Library Presents: