John Peck and his connections with Wisbech Museum 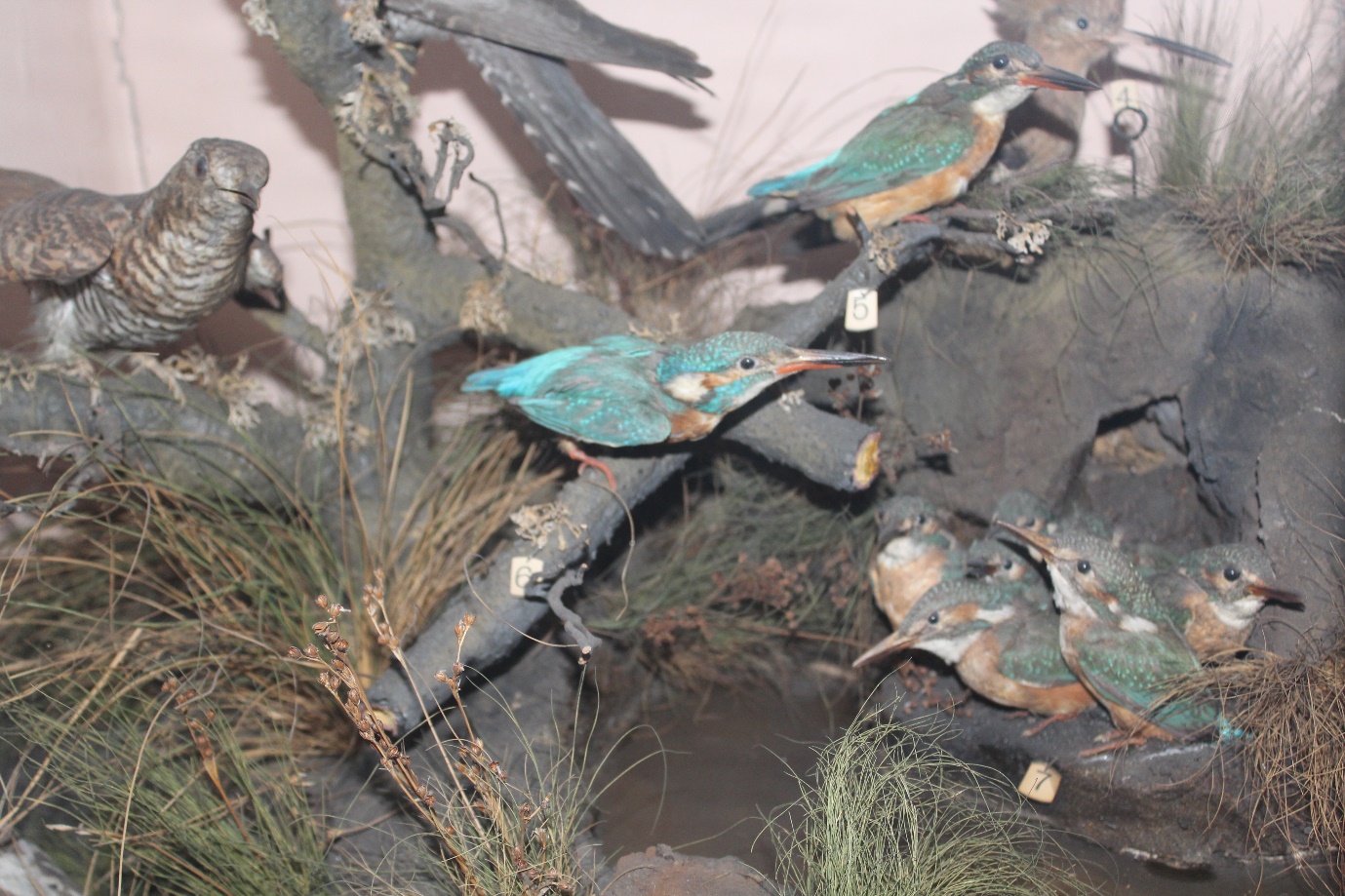 I am currently helping the Wisbech & Fenland Museum write a new guidebook and I noticed how often John Peck had dealings with the Museum and the Literary Society and I wanted to share some of these moments.

John Peck, 1787 – 1851, was a well respected member of the local community. He set up a farm in Parson Drove and went on to live at Inham Hall. In his early life he served on two local drainage boards and for the last 35 years of his life, he held the office of Parish Constable. He kept diaries throughout his life and since the diaries were transcribed in the 1990s they have become a useful source of local history. The descendants of John donated the diaries to the museum (members of the John Peck Society can borrow copies to read) and other donations involve a silver cup which was presented to John with for his work in promoting the North Level Drainage which led to major improved farming land in that area; also a silver mug dated 1787 belonging to the Peck family. The most recent donation was the portraits of John and his wife Elizabeth painted by Mr Butters of Cambridge in 1818.

Throughout the Museum there are several items that Peck donated or saw, including family ice skates and Mrs Peck’s shoes.

John came with his family into town on the day that the new Wisbech Museum was opened and he wrote in his diary:

‘27th July 1847 This morning all the village all alive with people going to Wisbech to see Sir Harry Smith, the Hero of Aliwal as history will call him. Drove the children there; to them it was a rich treat. Sir Harry came by special train with his lady: the Corporation met him at the station, with thousands, both horse and foot, conducted him to the vicarage, the Mayor read an address, welcoming him and his lady to Wisbech, to which he replied. After the members of the Corporation went in and took lunch. I went with them ad was introduced, shook hand with Lady Smith and drink a glass of wine to her health. After lunch at the vicarage the whole party and as many other who were fortunate enough to get tickets went to the new museum to hear the opening lecture by Professor Sedgwick who is the Professor of Geology at the University of Cambridge, which being over at half past 4 about 200 ladies and gentlemen went to a splendid dinner at the Girls School. Room most profusely decorated, tickets 1 guinea each, the sight most splendid. Half past nine, the company separated highly satisfied; the band went to the Market Hill. There dancing began, with many sets, and was kept up with spirit until about 1 in the morning, concluding a most eventful day, long for it to be remembered in the annals of Wisbech. We got home about 11, the children tired but delighted’. 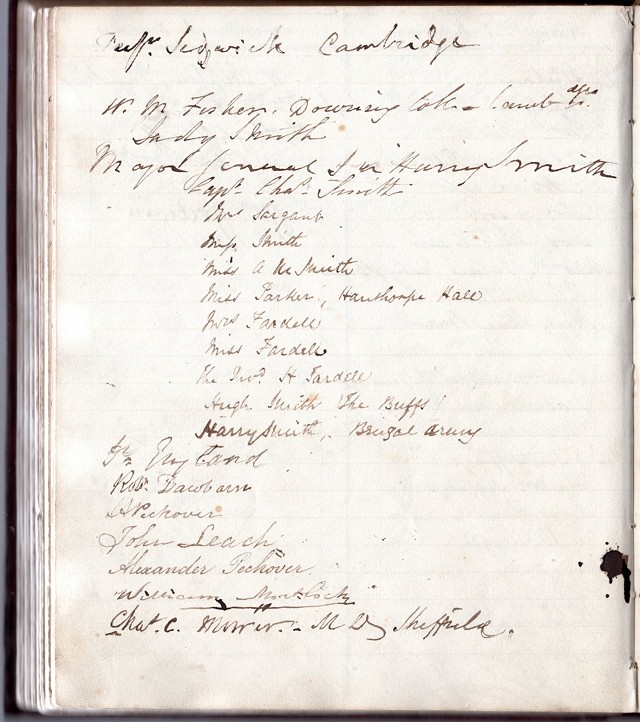 As is often the case Peck leaves the reader slightly dissatisfied for whilst this is a wonderful account of the day, he makes no comment of what Sir Harry Smith said!! Professor Sedgwick was a leading Geologist and newspaper reports from the time suggest he spoke for over an hour. Sedgwick was made an honorary member of the Museum Society and he is remembered in a display on the Founders and founding collections of the Museum.

On 13th May 1848 John wrote ‘Took our party to the Museum, saw 7 young kingfishers taken from a nest near Wisbech, appeared fully feathered and very happy’. John later noted in the margin of the diary ‘Afterward killed and stuffed’. A nest with 7 tiny little kingfishers with the brilliant blue parent birds can still be found today in case 14. It is unbelievable to us today that people would kill an animal deliberately in order to create a specimen for display and study. Today there is strict legislation in place whereby it must be proven that wildlife died lawfully. 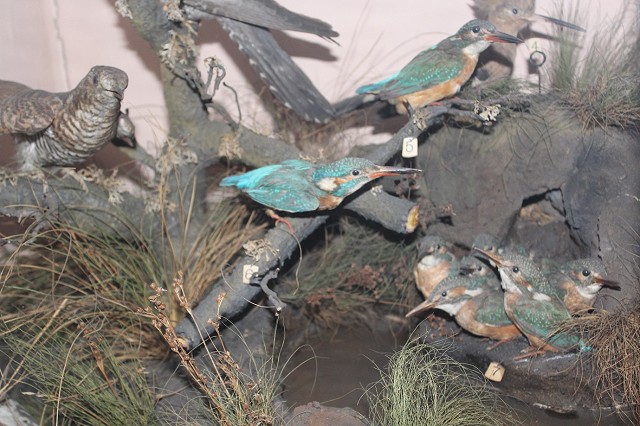 Another connection between Peck and a taxidermy specimen is through his friend, Mr Pears, who lived in the house near Clough’s Bridge donated an Osprey which had been found near Throckenholt in 1838. There must be over 100 birds mostly found in the Fens during the Victorian era displayed. While today the displays might not have the quite the same level of appeal, remember when these first appeared in the Museum, most people would not have been able to have closely studied the local wild life and also we are so used to seeing photographs and television programmes with amazing close up shots.

A much more gruesome item is the iron skull head cap from the gibbet at Guyhirn from 1795 for many years. This is to be found in the case which shows the items connected with Wisbech Gaol and law and order. John recorded in 1831the story about the four men who murdered William Marriot of Wisbech Fen on Friday 3rd July 1795 – they fled the area but were followed by John Letts of Guyhirn who captured the men at Uttoxeter on the following Monday and brought them back for trial. All four men were found guilty and hung on the gibbet at Guyhirn for many years. Eventually it was just the irons that hung there, but they were washed down the river after a great storm in 1831. Joseph Peck (brother of John) who lived at that time at Bevis Hall ‘saved’ one of the head pieces and eventually it was given to the museum. In Peck’s diary for 1831 is the

We know from the diary Peck’s reading can be cross-referenced with books in the Literary Society’s collection. In the early years of the diaries he lists quite a few of the books he read. He mentions books relating to Scotland and America, Nelson and Napoleon and was very interested in reading the works of Byron and Southey. Unfortunately, Peck does not very often give the names of the authors, so I am really unable to know which books he would have had in his own library and which he would have borrowed from the Museum library. His Will mentions that he had over 800 books – a very large amount then and even today in an ordinary home.

I am looking forward to continuing my research for the John Peck Society and hope to update you with new discoveries soon!