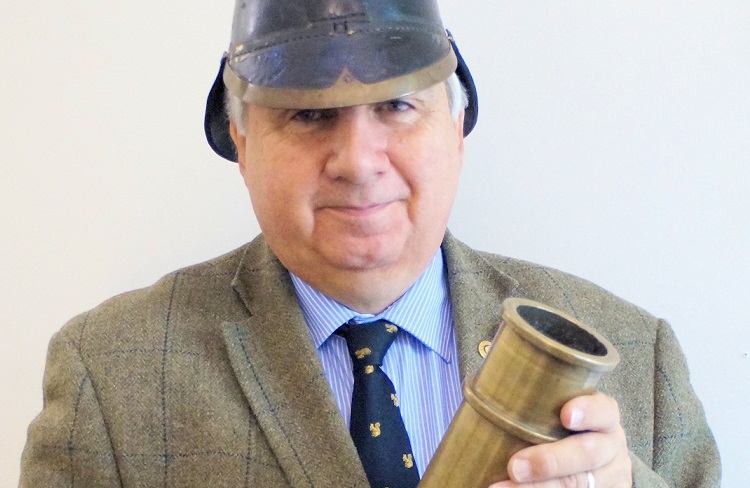 Auctioneer and valuer Richard Barnwell could talk the hind legs off a donkey, but it wouldn't get bored – especially if they shared a connection with Wisbech and the Fens.

His exhibition at Wisbech and Fenland Museum (from November 9 to 30) tells the story of 20th century Fenland through objects from the humble to the fabulous collected locally with his eye for the quirks that make the place unique – and it's a lot of fun.

Richard, now chairman of the Museum's board of directors, said: “I was 18 and already a collector when I came to Wisbech as assistant and general dogsbody to James Crowden of the old fenland firm of Grounds & Co.

“It was September 1977. He left me, totally unprepared, to carry on conducting an auction for him a month later and I just got on with it!

“Since then with Grounds and at my own firm Clifford Cross auctions I've held 750 sales and hope to conduct many more. I must have sold 500,000 lots in 42 years.

“Wisbech and the Fens fascinated and amused me from the word go. I've enjoyed my life in and among our town's population immensely ever since – and saved what I could of its quirky history in my collection.”

Among the items on show you'll find the huge wooden feather-sorting fork from Horace Friend's feather and fur warehouse on Nene Quay, Wisbech (now a block of riverside flats with the historic name preserved on the wall).

Richard remembers annual stock-taking there before it closed in the early 1980s when he'd have to count thousands of mole and fox-skins - “like counting the holes in a teabag.”

Other delights include an 1890s bottle of Great Restorer tonic prepared only by Major Hill the Cash Chemist, Wisbech; the brass launcher of the flares fired to call Wisbech Fire Brigade to fight a blaze in the 1920s; a rare 17th century lead wool weight used for measuring fleeces; a wooden sausage roll template from a former butcher's shop in Norfolk Street... and much, much more.