Inspired by Wisbech & Fenland Museum’s collection of objects and correspondence belonging to anti-slavery campaigner Thomas Clarkson and following on from work completed with students from Thomas Clarkson Academy, this interactive art project will encourage young people acoss our community to think about personal power to campaign and effect change in the causes that matter to them.

Pick up a postcard from the Museum. 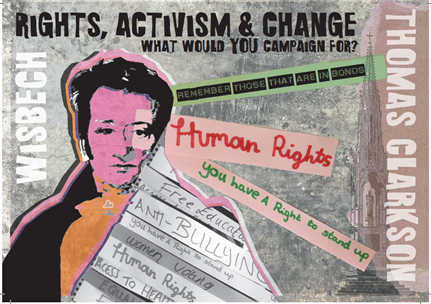 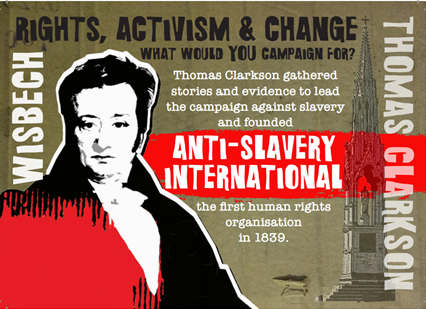 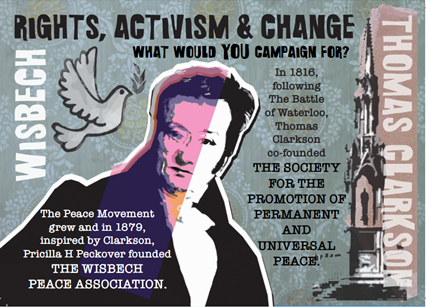 Thomas Clarkson was born here in Wisbech in 1760, he grew up to become an anti-slavery activist and influential campaigner. What cause inspires you? …

What makes a good campaign?

What can I do? 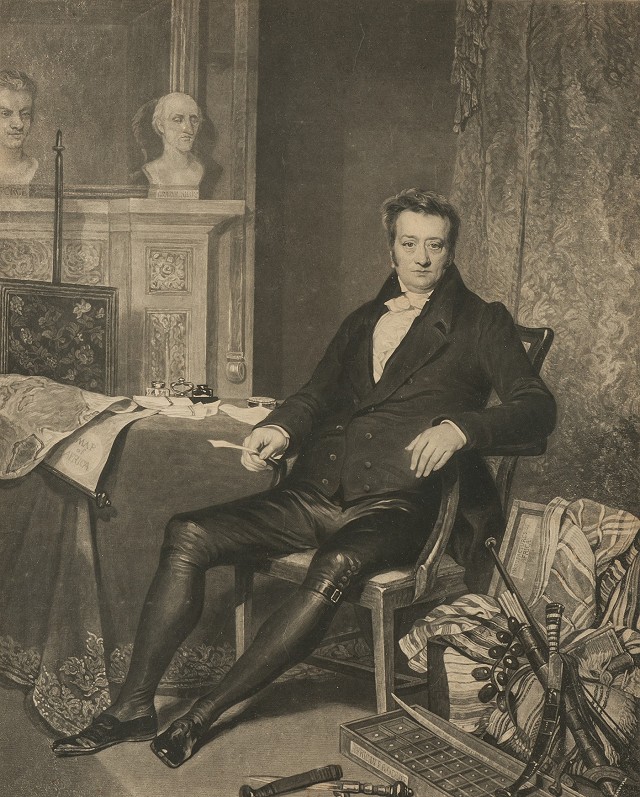 Clarkson visited the ports of London, Bristol and Liverpool to gather evidence of the slave trade on behalf of the Society for the Effecting of the Abolition of the Slave Trade which could be presented to the Privy Council in February 1788

He gathered testimonies from sailors, spending hours interviewing and then writing up their testimonies.

He purchased items from merchant’s ships, these were examples of African produce and manufactures. He wanted to show the breadth of production in Africa which held the potential for trade with the UK which could be considered, by those invested in the continuation of the Slave Trade, as an economically viable alternative because to the British establishment at the time, the argument against the Slave Trade on moral grounds wasn't enough on its own.

In Liverpool, he purchased restraints made in the UK for use on board slave ships as evidence of the inhumanity and cruelty of the slave trade.

The African items he collected were put into bespoke trays inside a mahogany chest with a section to house the restraints at the bottom. 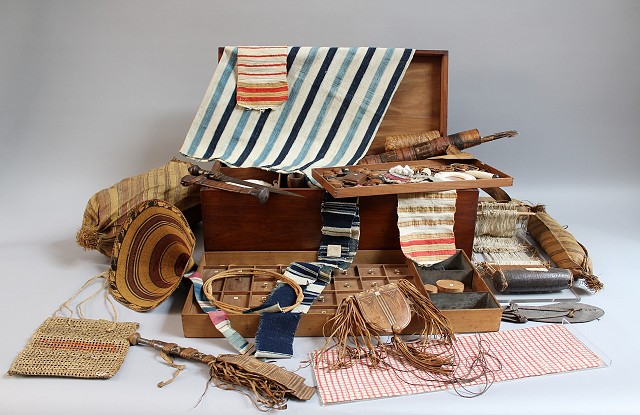 Clarkson encouraged others to join the cause by setting up their own anti-slavery societies.

Clarkson encouraged people to sign petitions against the slave trade. 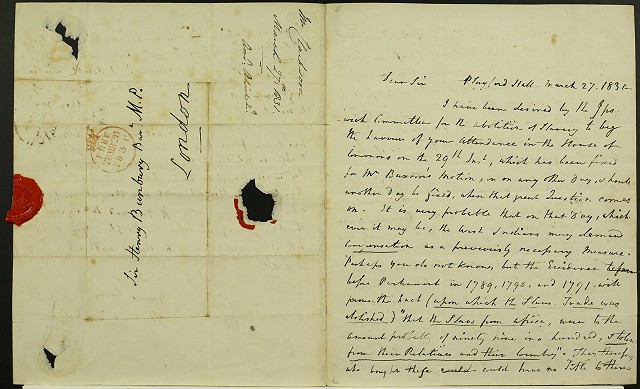 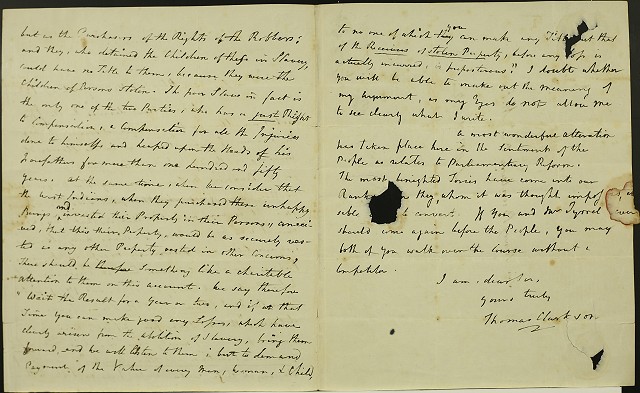 After the 1807 Abolition of the Slave Trade Act was passed Clarkson took a break and later he returned to the cause, this time with a new generation of anti-slavery campaigners. He toured Britain, encouraging people to sign petitions, boycott sugar and take up the cause to campaign for the abolition of slavery. In 1833 the Emancipation Act was passed but with caveats, those who owned enslaved Africans would receive compensation and enslaved Africans would not be given their freedom immediately but would have to work in an apprenticeship. Clarkson campaigned against compensation for slave owners and apprenticeships and in the Museum’s collection there are letters that Clarkson wrote to his MP and a friend to spread the message and to campaign against these. Compensation was given but the apprenticeship system was eventually abolished in 1838. 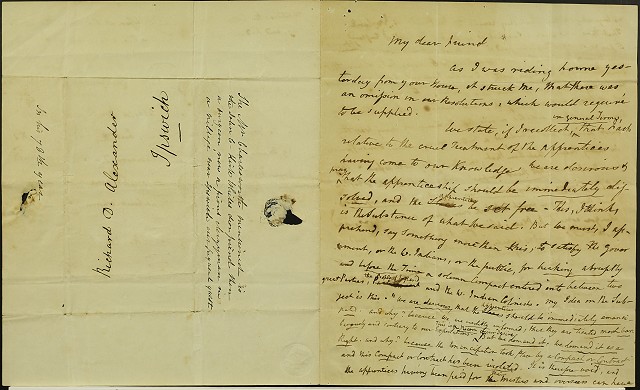 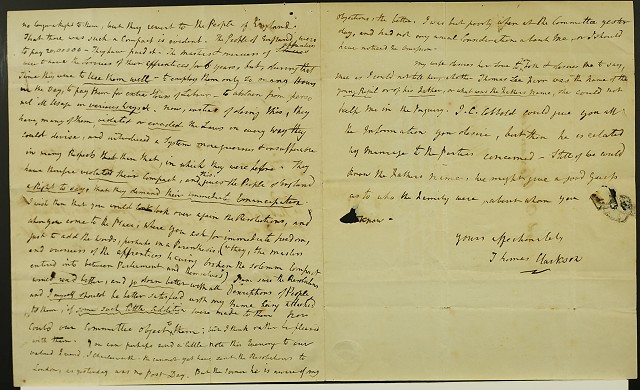 It is estimated that there are 40.3 million people in modern slavery today

Anti-Slavery International is the oldest human rights organisation in the world campaigning to bring an end to contemporary forms of slavery. It was founded on 17 April by a group of anti-slavery activists including Thomas Clarkson, Joseph Sturge, Thomas Foxwell Buxton and William Allen. In 1840, they convened the world’s first anti-slavery convention in London which was held from June 12 to June 23 at Exeter Hall.

Today Anti-Slavery International’s campaign to end slavey continues through lobbying Parliament with petitions. and using their platform to raise awareness visually and in the written form.

Do these campaigning techniques sound familiar?

Clarkson and his peers used all of these techniques in the anti-slavery activism in the late 1700s and early 1800s. They used every kind of media, from posters, pamphlets, actual objects and testimony from real people.

Thomas Clarkson and his brother John helped to found the ‘Society for the Promotion of Permanent and Universal Peace’ in 1816. The Society for the Promotion of Universal and Permanent Peace or the London Peace Society, was founded on June 14, 1816. The potential to initiate a peace movement and set up a society was discussed at a meeting held at the home of William Allen on 6 June 1814. Thomas Clarkson met William Allen in 1794 and Allen went on to join the Society for the Abolition of the Slave Trade.

Quaker, Priscilla Hannah Peckover (1833 – 1931) whose father and grandfather knew and corresponded regularly with Clarkson were committed to both the anti-slavery and peace causes, carried on the message of peace here in Wisbech for her generation. Priscilla’s activism involved spreading the message about peace, meeting with people encouraging them to join the peace movement – she set up Women’s Local Peace Association in Wisbech, connected to the Peace Society Ladies Auxiliary

Priscilla learned 16 languages to share her activism to a wider audience and was nominated Nobel Peace Prize four times.

Her collection of material relating to Thomas Clarkson and his campaign work as a member of the Society for the Effecting of the Abolition of the Slave Trade is archived at the Museum. Peckover was inspired by the work of Thomas Clarkson and this can be seen in the items she collected as well as in books she wrote. For example, in order to spread information about Clarkson’s work, Peckover wrote: ‘Thomas Clarkson's interviews with the Emperor Alexander I of Russia at Paris and Aix-La-Chapelle in 1815 and 1818’, the Museum holds copies of these as well as a handwritten transcription. In 1906, Peckover wrote ‘Incidents in the rise and progress of the Wisbech Peace Association’ and the title is based on the book written by Clarkson in two volumes: The History of the Rise, Progress, and Accomplishment of the Abolition of the African Slave-Trade by the British Parliament, 2 vols. (London: L. Taylor, 1808).

Inspired by Wisbech & Fenland Museum’s collection of objects and correspondence belonging to anti-slavery campaigner Thomas Clarkson and following on from work completed with students from Thomas Clarkson Academy, this interactive art project will encourage young people acoss our community to think about personal power to campaign and effect change in the causes that matter to them.

Check this page for updates.