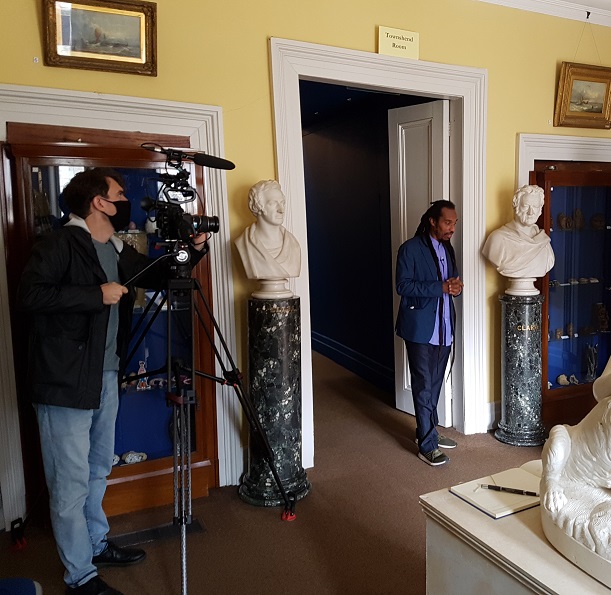 Benjamin Zephaniah named Wisbech and Fenland Museum his favourite in the world and chose to be filmed in its Covid-closed galleries for Inside Culture with Mary Beard this week.

The programme broadcast on BBC2 on Thursday and available now on BBC i-player deals with British museums and how during Lockdown and after they are facing up to difficult issues of race, empire and slavery.

In the programme award-winning poet and author Benjamin says: “I've been to museums in Cairo, Shanghai, Paris and London but there is absolutely nothing like the museum in Wisbech.”

He describes it as the kind of museum he likes best – small, cosy, peculiar, and obsessed with local history, about local characters and local things yet speaking to bigger global issues.

Standing next to the bust of Thomas Clarkson in pride of place, he says: “This guy is a local hero here in Wisbech. While he was studying at Cambridge he entered a Latin essay competition on the subject of slavery and he won it. 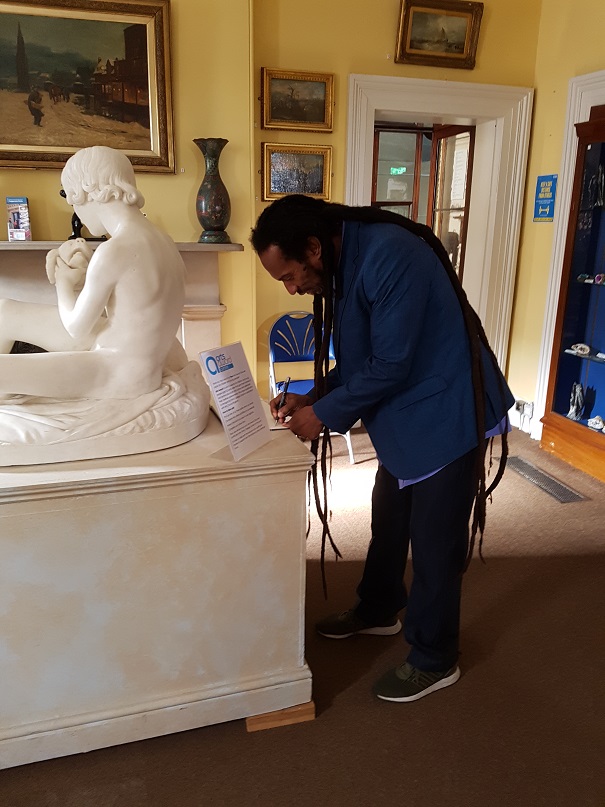 “In the process of researching slavery he realised how evil it was. His essay did a lot to gain support for the anti-slavery movement.

“Clarkson brought something new to the table .. he went to all the trading ports in Britain and purchased goods that were made in Africa to show people that we could do trade with Africa and not enslave Africa.”

This episode of Inside Culture broadcast during British Museum of the Year 2020 week also filmed Mary Beard at the British Museum as it was re-opening to the public after being closed for months.

Wisbech and Fenland Museum is still closed but it opens at selected times to families who have pre-booked a socially distanced visit in limited numbers. It is also reaching out through Facebook, Twitter and its website offering a range of activities.

As part of our New Conversations collections project we are carrying out this survey to better understand who our digital audiences are.

We would like to know how you engage with our digital work and what motivates you to do so.

We are also interested in how digital audiences are engaging with arts and culture online, more generally, and how this might be changing during the COVID-19 crisis.

This survey should only take around 5 minutes to complete.

Thank you very much for your time.