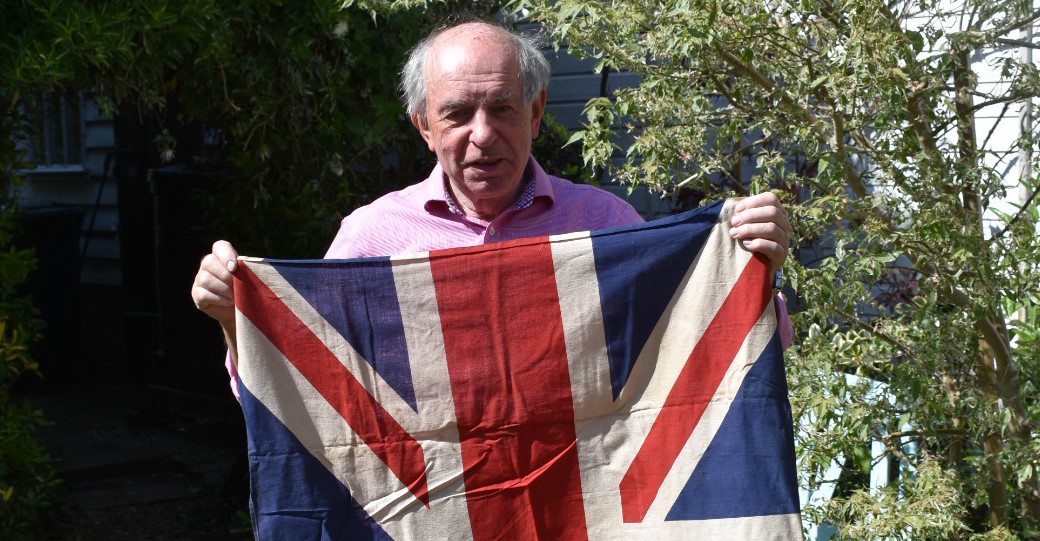 In a joyful public gesture on the first VE Day - May 8, 1945 - the Union Flag was hung from the lightning conductor high above Walsoken Methodist Chapel by a local engineer and his son, a wartime RAF pilot.

Impelled to celebrate victory in Europe, Frank Albins and his son Cedric had taken the risk of climbing a long ladder used for picking the tallest trees in the family orchard.

On the 75th VE Day, 2020, the same flag was due to take pride of place in a special 75th anniversary display in Wisbech and Fenland Museum, presented by Frank's grandson John Wing.

Museum curator Robert Bell said: “The flag was offered and we were delighted to accept, but as Covid-19 intervened we've decided to post online on Twitter and Facebook the photographs of the flag itself and John's family members which he kindly emailed to us, along with the story.

“We hope that one day not too far off we'll be able to take in the real thing and that John will be able to visit and see it on display.”

John, who now lives in Ware, Hertfordshire, said: “My grandmother Carrie Albins was much disturbed, apparently, when she realised how the flag got up there!

“I remember being shown how to erect the long ladder as a child in the late 1950s in my grandfather's small orchard on the corner of Lerowe Road and Norwich Road.

“The family lived at Kirkgate Street, next door to the Methodist Chapel which was demolished around 20 years ago.

“I wanted to celebrate VE Day's 75th anniversary by giving the flag back to Wisbech, where it belongs.”