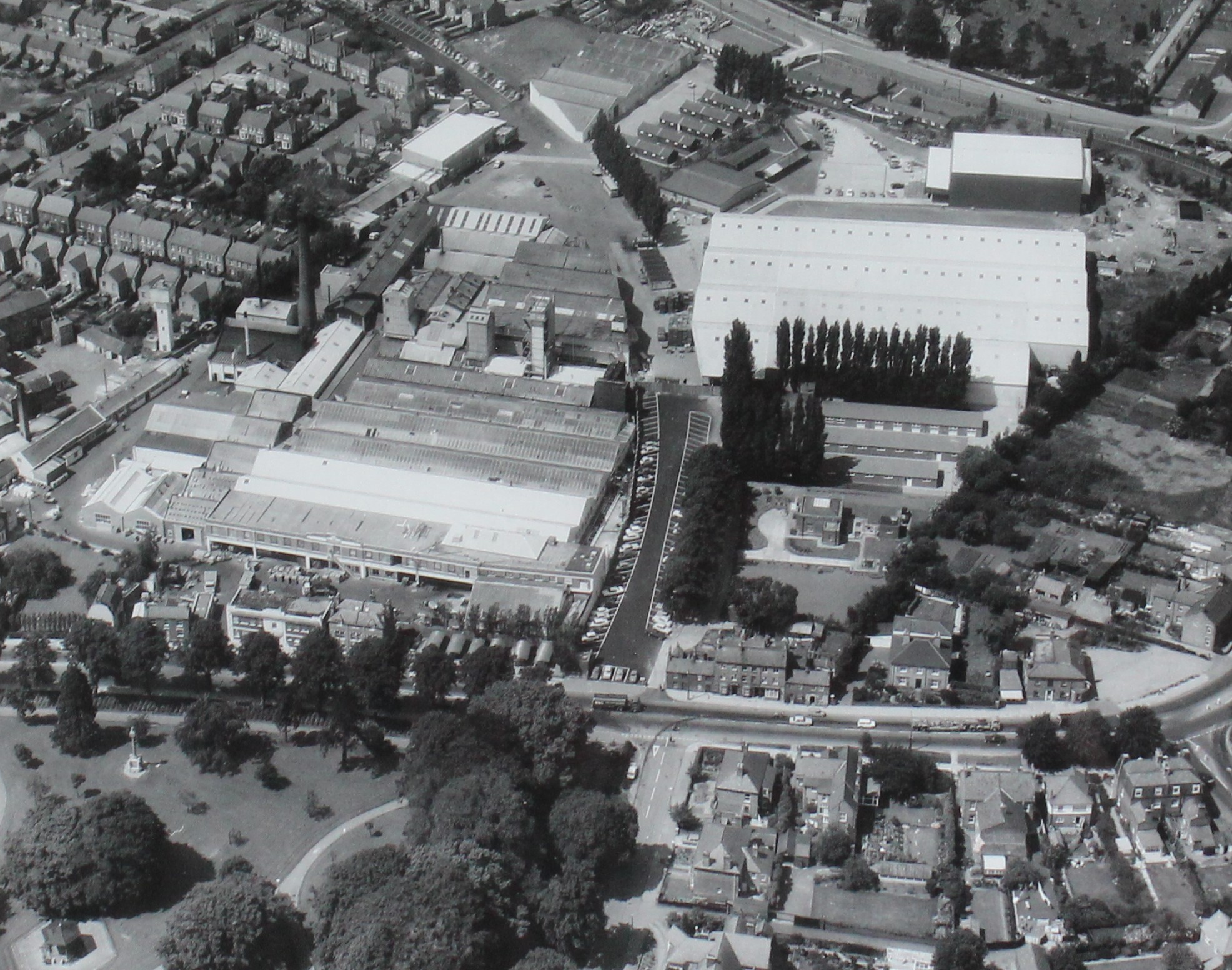 I’m Charlotte, and I’m a Museum Assistant at Wisbech & Fenland Museum, I have been fortunate to be offered a place here through the Kickstart scheme. I’ve been using the museum’s collection and a recent donation of material relating to Smedley’s to research and generate this blog on the history of food production in Wisbech. 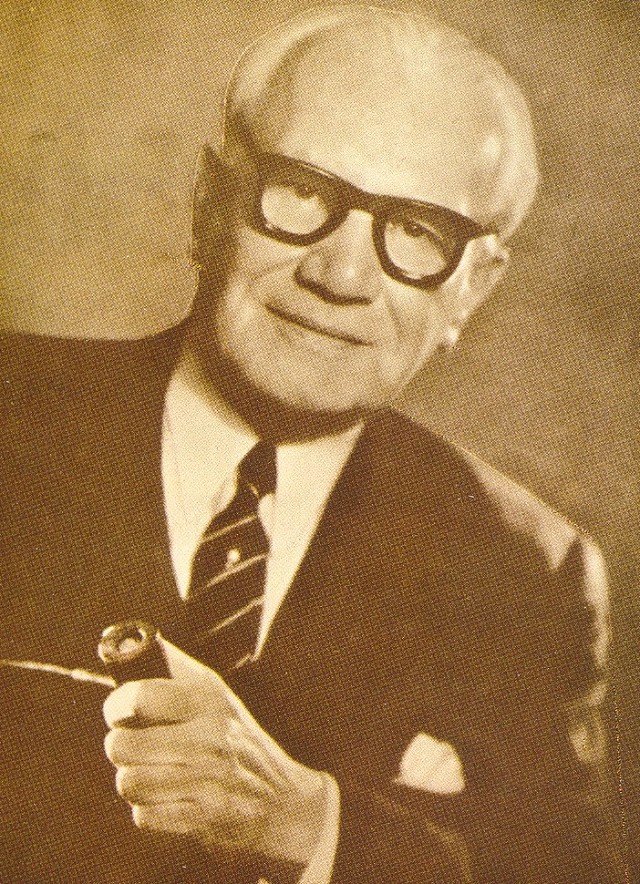 He originally started working as a fruit and potato merchant in 1905. Until he saved £250 to travel to America in 1919 for 3 months, to learn their methods for fruit preservation and started his second company, S.W. Smedley & Co.

The birth of Smedley’s company 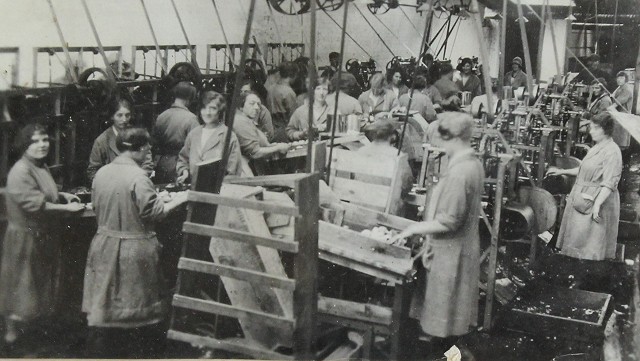 S.W. Smedley & Co LTD, which first started trading in 1921, started off successfully but found that they ended up having a lot of waste from the fruits.

Samuel ‘William’ Smedley, the founder of the business decided to branch out into fruit preservation and decided to start a second company.

He brought the factory site at Lynn Road, Wisbech. This was known as the National Canning Company.

S.W. Smedley & Co was initially used for fruit bottling and to store fruits in barrels, the company used sulphur dioxide as a preservative (prior to jam making), which would later take place at the Smedley site in Evesham.

During the year of 1921, the Wisbech factory made 500,000 cans bottles? of fruit and vegetables everyday during their 7 month peak period. The factory had to be opened to 24 hours a day during this peak time of the summer months to keep up with demand.

Four years later, in 1925, he founded a new company to start canning local produce in the area. The name he chose was ‘Wisbech Produce Canners LTD’ (WPC). This was named to attract both support and money from the local farmers in the area.  This company was also based at Lynn Road, paying rent to S.W. Smedley & Co, until the second company brought the premises several years later.

However even though this was a new separate company, the ‘Smedley’ logo was still used on the products that it has produced when they were sold.

The first directors meeting for Wisbech Produce Canners LTD was held on the 26th June 1925, at Wisbech. Those present were the directors of the firm, S.W. Smedley and his wife Mrs G.E Smedley, Mr Davis as the temporary secretary in attendance. The certificate of Incorporation, its Memorandum and Articles of Association were all produced along with the common seal of the company.

It was agreed that the company’s registered offices would be at Lynn Road, Wisbech.

This new company, WPC still used the ‘Smedleys’ brand on both their bottled and canned fruit, along with the vegetable products. 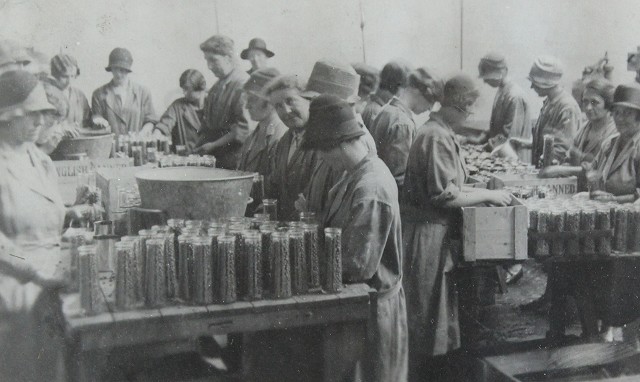 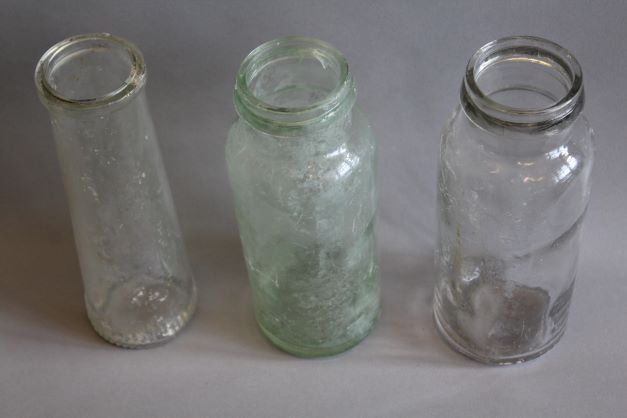 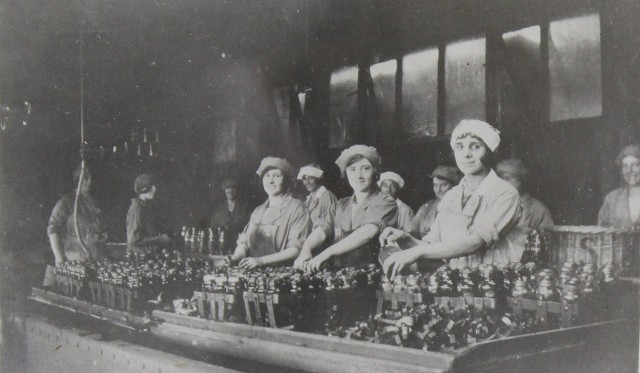 At its highest point the company it employed around 800 staff members. 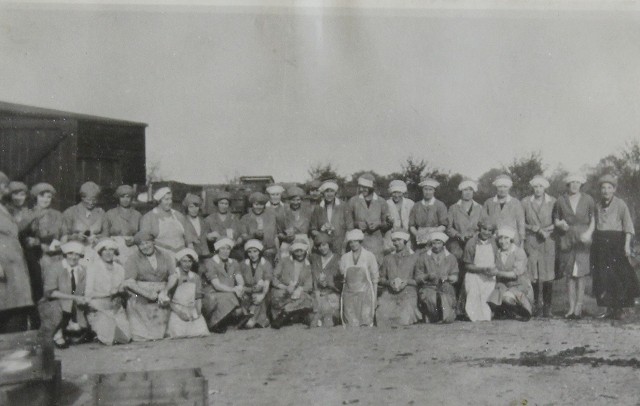 In 1926, Samuel’s son, Wallace who had been working in the Lynn Road factory was sent by his father to America to learn how they were canning peas, beans and other vegetables. Upon his return, he advised his father what machines should be ordered, to be able to do this here in the UK. In 1927, another new site at Tinker’s Drove, Wisbech was brought for canning “fresh” garden peas. As was the agreement that local farmers would grow these vegetables specifically for canning. This was a small factory, only employing 12 people. The new machinery that was purchased in 1926 and assembled at Tinker’s Drove included a Chisholm Ryder (a pea viner), that was purchased and shipped from America. This was the first pea viner to be used in Europe. 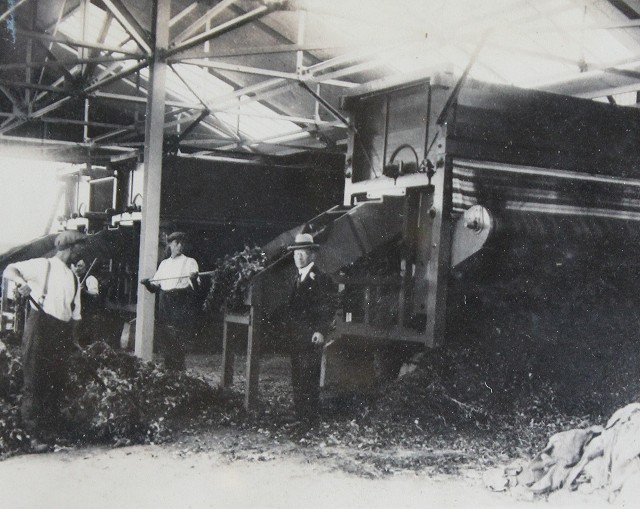 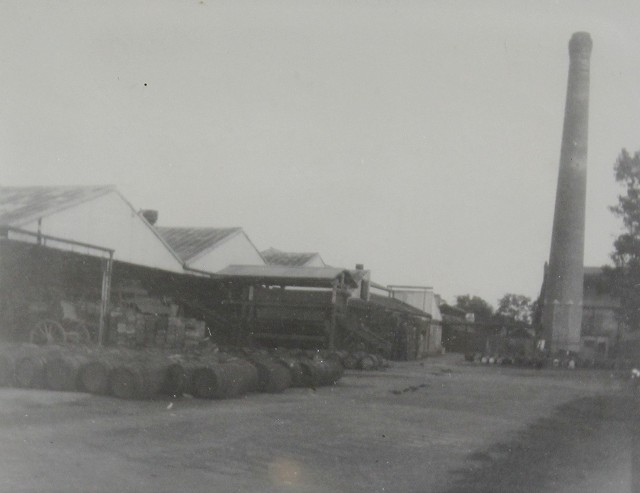 With trial and error, it was found that the consumer preferred to buy peas of dark shades, rather than the lighter green shade that had originally been produced. To achieve this darker tone, added colour had to be added to the peas.

All of the peas that were canned were size graded;

The range of canned fruits that were canned at the Lynn Road factory during the years 1927 and 1928 (By Wisbech Produce Canners, but the products were labelled Smedley’s) won 10 medals, 2 gold, 5 silver, and 3 bronze at the Imperial Fruit Shows, in Birmingham.

New factories were set up in the UK.

In 1931, the directors of WPC noticed a need for more capital and a public company ‘National Canning Company LTD’ (NCC) was made.

Samuel saw the success of his business, and realised he needed more factories. With the new factory that was built in Spalding, the Dundee site (which was mainly used for canning Scottish raspberries, some strawberries and rhubarb, and some of the factory even used for canning fish), fruit canning was increased here to 50%.

By 1937, Smedley’s had more operating factories in Colchester, Deal and Ely. 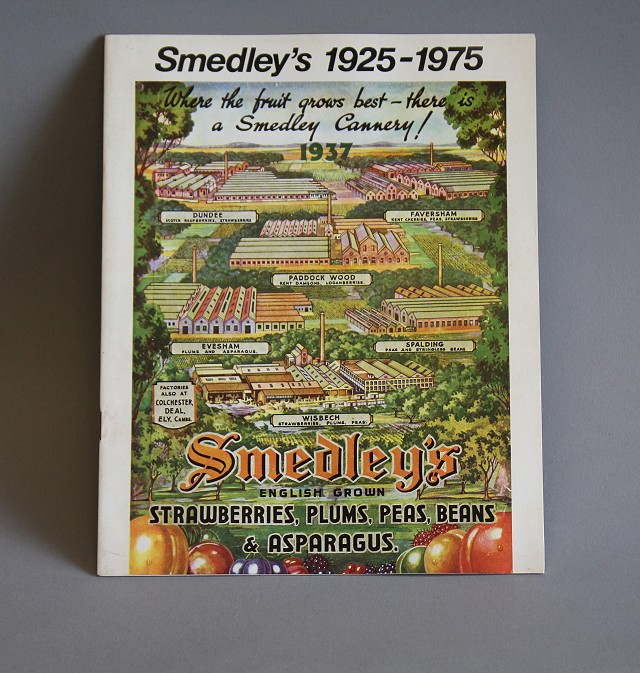 Front cover of a sales brochure featuring a poster from 1937, showing all the Smedley factories. Wisbech & Fenland Museum

In the 1930’s Smedley’s started a management apprenticeship scheme. This was a 5 year programmes, with participants staying with the company after the scheme was finished as Senior Factory Managers and some as Directors of the company.

During the 1930’s it was shown by consumers that produce made in cans sold better than ones produced into glass jars, so the tin cans then became the dominant packaging.

In 1937, Smedley’s was the first in Great Britain to pack a range of frozen fruits and vegetables, these were the first to be sold to the public. 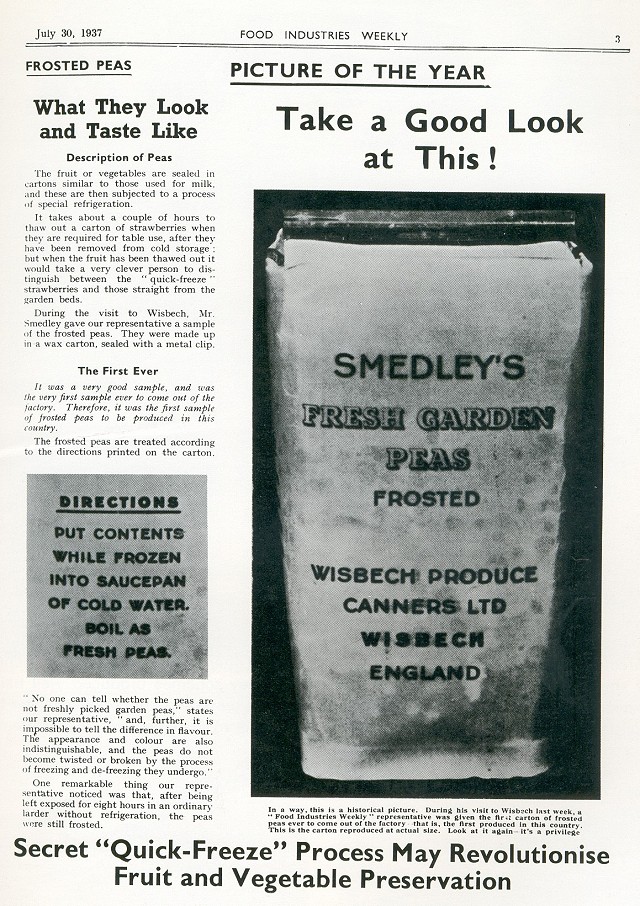 During the winter months of 1936/37, refrifgeration machinery was installed, to produce the frozen products. These were packed in waxed cartons, and placed onto a moving wire-mesh belt passing through a freezing tunnel.

In 1938, Smedley’s froze 500 tonnes of sliced cucumber for Lyons to use in their cucumber sandwiches at Royal Garden Parties and tea-shops.

Smedley’s supplied the King and Queen on a visit to Canada just before the war, and continued to for many years after (apart from the war years (1941-1945).

During the war years, Smedleys’ had contracts with the Government to make produce for the armed forces.

Early on in the war years, the Government also advised people to stock up with emergency supplies of food that could be used if bombing or other enemy actions should take place. Canned foods for ideal for this, and Smedley’s saw an increase in production for this.

During the early months of the war, Smedley’s advertised, along with a photo of Sam: “Stock up your cupboards with Smedley’s canned peas and other products”.

Have ready for the services and the home front 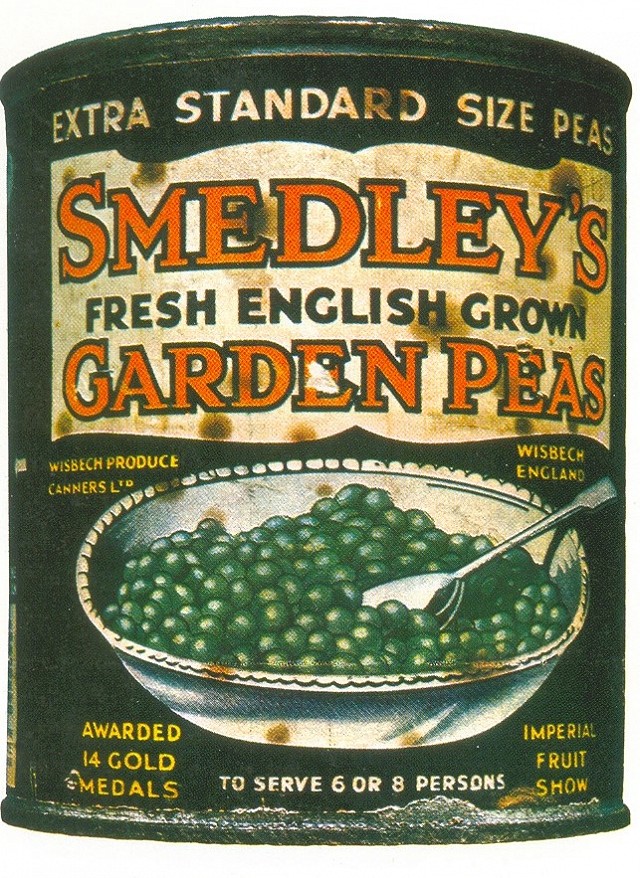 Canned shredded cabbage, carrots and other vegetables were all packaged in dehydrated form, with the air extracted were sent over to troops.

The Paddock Wood, Kent branch saw a lot of returning British troops back from Dunkirk in 1940.

They were given cups of tea out of Smedley tins cans, and warned of the sharpness of the metal before drinking from them, along with bread, butter, cakes and cigarettes.

Another story I was able to find was of Samuel Smedley receiving a letter from a returning POW (Prisoner of war) was of a local man from Wisbech, who was captured by the Japanese and taken to Burma and forced to build roads for them. He had kept a label from a tin can of Smedley’s beetroot, which he treasured as a souvenir of his hometown, Wisbech while in captivity.

One more told of an escape tunnel being built by prisoners in Germany. The story told of how they wanted to dig a tube along the tunnel to supply fresh air to themselves and the men at the other end that were digging. The tube was constructed by taking both of the ends out of old Smedley pea cans (which were sent to them in Red Cross parcels), and holding them together by stretching woollen socks, with the toes cut off, and over the outside to hold them together.

Although Smedley’s was a common household brand during an almost 50 year decade, the company started to face problems in the late 1960’s. It meged with HP Foods in 1972 and sadly in 1981 Smedley's officially closed. 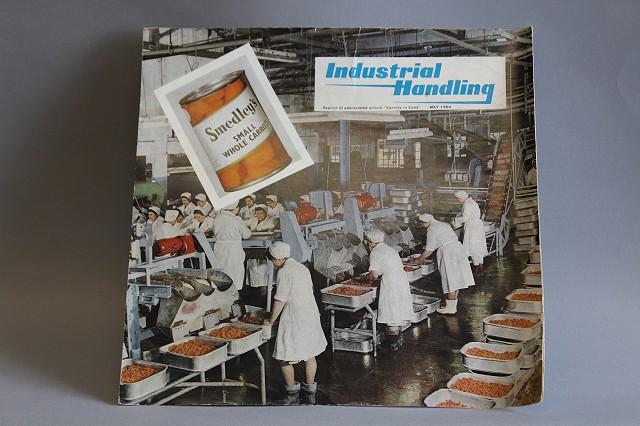 Below is a timeline I have managed to created of the companies that resided in the Wisbech, Lynn Road branch; 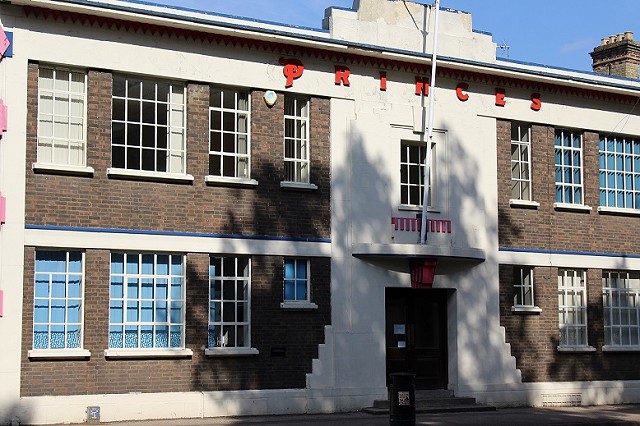 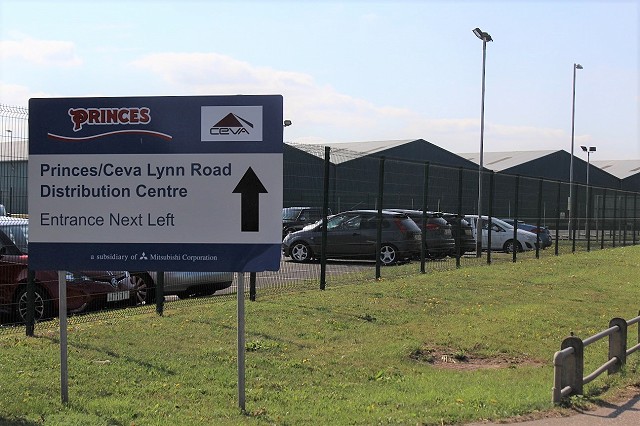